The 2021 season of the West Coast Flag Football League is just around the corner!! 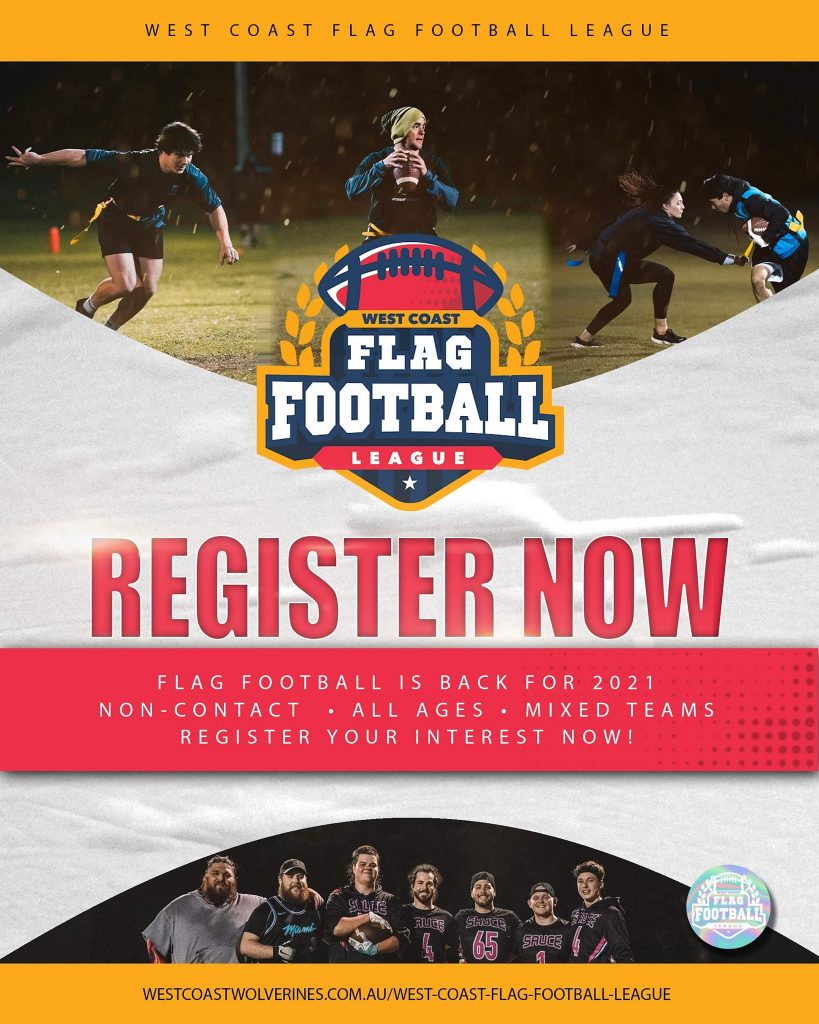 Who is going to take out the championship in 2021?

Have you ever wanted to play American Football?

Flag football is the fun, social, non-contact version of American football and is a great introduction into the sport.

The West Coast Wolverines are now hosting Perth’s only flag football league North of the River and would love you to take part!

Games are running on Monday nights from 6:00pm at Warrandyte Park, Craigie.

Create your very own team or join an existing team to be apart of the upcoming fourth season of the West Coast Flag Football League.

For more information, check out the West Coast Flag Football League on Facebook.

The player registration portal will be available shortly. You can access the portal at https://www.revolutionise.com.au/westcoastflag/home/

2020
Champions: We Blitz All Night
Runners Up: Too Much Sauce

2018
Champions: We Blitz All Night
Runners Up: The Misfits
League MVP: Matt Carstens (The Misfits)