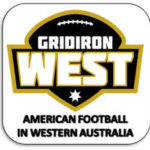 Gridiron was first played in Western Australia in 1988 in the Western Australian Gridiron Football League (WAGFL). Gridiron West formed in 1994 as a breakaway competition to the WAGFL and became Western Australia’s second gridiron league. In 1996 the WAGFL folded, leaving Gridiron West as the only league in WA. Gridiron West currently consists of 8 clubs across Perth and the metropolitan area stretching from Rockingham to Joondalup, with the Swan City Titans recently joining the competition in 2017. Gridiron West also has a state team, the WA Raiders. which most recently represented the state in the Junior Australian Gridiron League in Queensland in 2016. To find out about how the WA Raiders went at the AGL, read our review here – Young Wolverines put on a show at Junior AGL. 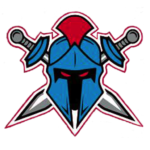 Gridiron Australia is the governing body of Gridiron in Australia. GA is an approved

sporting association under federal government regulations and is a member of the International Federation of American Football (IFAF). The organisation was formed in 1996.

Gridiron Australia oversees the country’s national team, which has competed in the IFAF World Cup. It is a governing body of the state-level leagues and does not manage a national-level league itself. Seven out of the eight Australian states and territories run leagues; a total of 70 teams consisting of approximately 3000 players.

For information and the latest news about Gridiron in Australia, visit http://gridironaustralia.org.au/